Note: I noticed on some phones the menu (navigation bar) above doesn't come through. So, I put a list of pages on this site with links (a site map) at the bottom of this page.
Inception: July, 2018
Updated: January 5, 2020
A directory of traditional and international martial art training systems and centers in Africa.
Not-for-profit 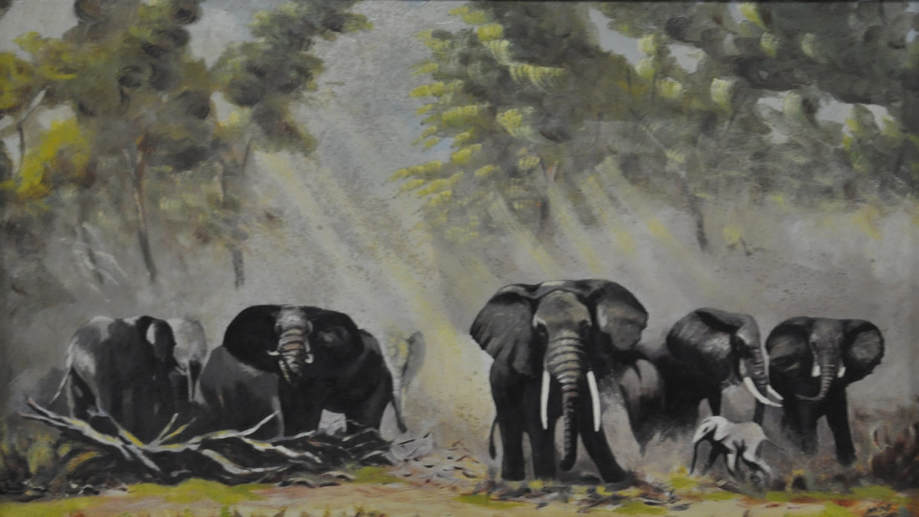 The African elephant is the wise chief who impartially settles disputes in the forest. Photo from the National Museum or Ethiopia by G. Brundage

Some Background Photos - From Tigray Region in the far north of Ethiopia - Photos by G. Brundage

Other background photos can be found on the East Africa page listed on the menu above.

How does one break the chains of poverty that shackle so much of the world?
Education is certainly one way, along with hard work, creativity and help from upstairs.
But, what if your school and teachers only cater to those who pay extra - and your parents can't? They just don't have the money? What then?
Sports have, for the past several thousand years been a way for regular people - the poor - to climb out of that poverty and achieve wealth and fame, and most importantly the human dignity we all deserve.
In addition to that, entire nations can be uplifted by their devotion to different sports, for example Brazil became uniquely famous for its outstanding football teams, and more recently Brazilian Jujitsu. China, Korea and Japan are certainly famed for their martial cultures. Kenyan and Ethiopian runners are world renowned.
The fact is most people love sports and sports can bridge seemingly insurmountable cultural and economic "gaps."
According to statistica.com:
And that my friends should be some serious food for thought! I know countries that are used as drug trans-shipment routes where the various tribes war to attain dominance over that illicit trade, while simultaneously the histories of those countries are so noble and fine, so rich, colorful and amazing they could triple their money by closing down the drug routes and promoting - tourism!

Why is "Afrika" sometimes spelled with a k instead of a c?

Why do I use the European spelling for Afrika in the URL and on the navigation bar above?
It makes it easier for most people to find this site and learn something about Afrikan martial arts, history and culture. Readers are invited to start spelling Afrika in the way consistent with Afrikan history and culture in all of their writing and see if it's possible to educate the world. There really ought to be some universal human right to name one's self, and one's own continent. An unexpected benefit? Map makers and publishers could make lots and lots of money reprinting everything using the name Afrika with the corrected spelling.

Visit some of my other sites...