The Trans-Saharan Trade Routes - The Most Ancient Roads of All

Would it be possible to combine an archeological/history caravan -
with a program to raise awareness of the plight of refugees in East Africa? 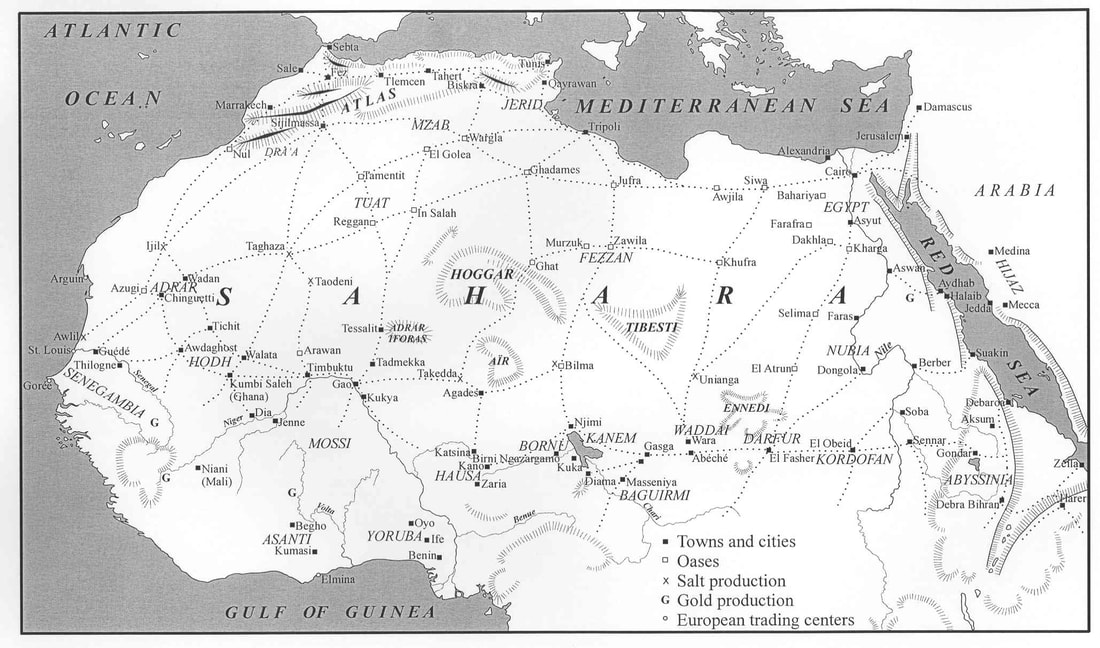 At this time however, there are literally hundreds of thousands of refugees in East Africa, fleeing wars and other conflicts as well as economic refugees.

But, suppose one were - in spite of the complexities - to attempt a Trans-Continental Caravan - where would one start?
Start: Massawa, Eritrea go 59 Km south to Adulis and then Aksum, then south before heading west to Gondar, Sennar, El Obeid, El Fasher, Abeche, Gasga, Kuka, Ngezargamo, Katsina, then head northwest to Kukya, Gao, Timbuktu, Walata, Tichit, Wadan, Ijil, and then Northeast to Marrakesh.

Adulis. ... Adulis or Aduli (Αδουλίς in Ancient Greek) is an archeological site in the Northern Red Sea of Eritrea, situated about 30 miles south of Massawa in the Gulf of Zula. It was the port considered part of the Kingdom of Aksum, located on the coast of the Red Sea. https://en.wikipedia.org/wiki/Adulis

Lying 59km to the south of Massawa, near the village of Foro, is the ancient ruins of Adulis. Once numbering among the greatest ports of the ancient world, Adulis was the site of large and elegant buildings and bustling international port. Inhabited since at least the 6th century BC, the site is the oldest in Eritrea.
Adulis’ importance lay in its port, and by the 3rd century AD the port had grown to become one of the most important on the Red Sea. Trade of this time flourished from the Mediterranean all the way to India. Its heyday came during the 3rd and 4th centuries AD, and then it went into decline, before a brief revival in the 7th century. The town supplied all the major towns: Kohaito, Metera and Keskese.
http://explore-eritrea.com/ancient-port-of-adulis/

The port of Adulis was one of greatest significance in Antiquity. It is best known for its role in Aksumite trade during the fourth - seventh centuries AD. However it is also a major port of the Periplus of the Erythraean Sea , a sailors' hand-book of the first century AD. Not only did it offer a good harbour on the route to India, but it was a source for luxuries such as ivory, tortoise-shell and rhinoceros horn.

The site was first identified by Henry Salt, in 1810, but there have always been a number of problems, both chronological and topographical, with the identification. Firstly, the surface pottery is late in date and accords with Aksumitic importance rather than the Roman. Secondly, Adulis is referred to as a port, but it is today 7 km from the sea. The Periplus refers to an island approached by a causeway, which suggested to some that the site was originally at Massawa, 60 km to the north, a town which today comprises islands connected by causeways.
The Ancient Red Sea Port of Adulis, Eritrea: Report of the Etritro-British Expedition, 2004-5, By Lucy Blue, D. P. S. Peacock and Evan Peacock
https://www.scribd.com/book/359974868/The-Ancient-Red-Sea-Port-of-Adulis-Eritrea-Report-of-the-Etritro-British-Expedition-2004-5 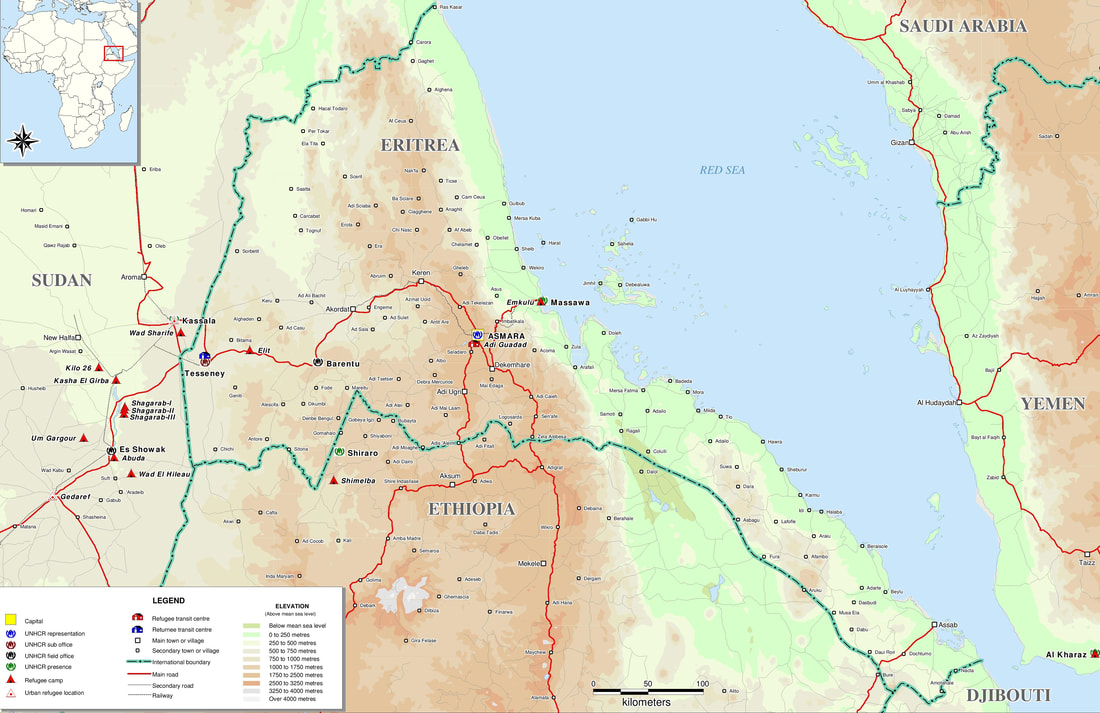 Looking at the above maps, it appears the refugee flow from Eritrea heads west and north, as compared to the southern route of the ancient Trans-Saharan Trade Route which goes south, and then west from Adulis into Ethiopia. None-the-less, security is still a significant concern in the region.

To further complicate travel along the ancient southern branches of Trans-Saharan Trade Routes...

Some other countries on the way west are still mired in ongoing conflicts...